Imagine Manhattan’s skyscrapers were 2-3 times bigger than they are now.

Then imagine seeing the whole lower half of Manhattan getting ripped into pieces and sinking into the Atlantic.

That’s the scale captured in this video.

The scale of the video illustrated.

On May 28, 2008, Adam LeWinter and Director Jeff Orlowski were filming at the Ilulissat Glacier in Western Greenland. By chance, they captured this historic breakup.

The video, titled Chasing Ice won the award for Excellence in Cinematography at the 2012 Sundance Film Festival and the Best Documentary from the International Press Association. In addition, it has won over 30 other awards at festivals worldwide. 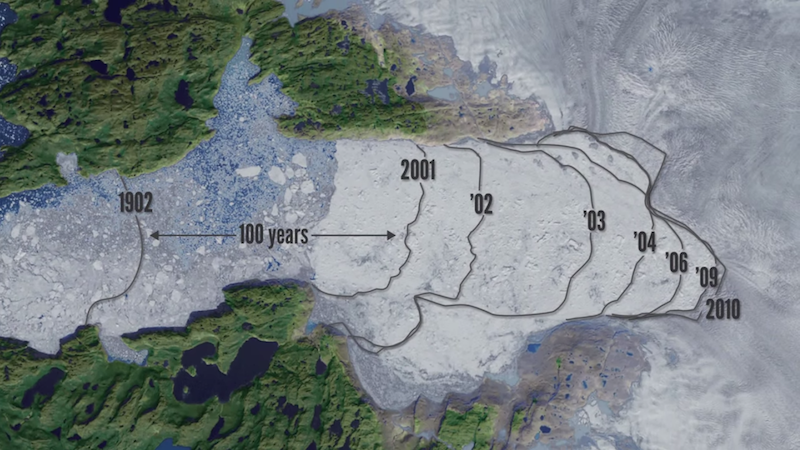 Greenland glacier melting has accelerated over the past years.